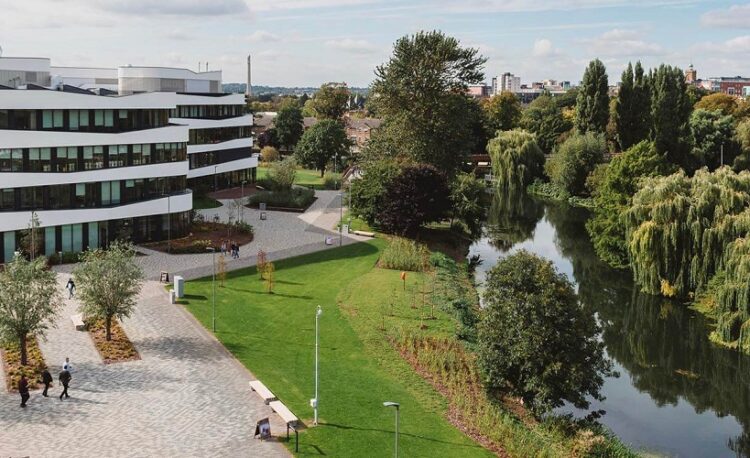 The university offers a wide range of undergraduate degrees, foundation degrees, diplomas, and a variety of postgraduate opportunities up to the PhD level.

Northampton Technical College was opened at St George's Avenue—now the site of the Avenue Campus—in 1924. Eight years later, a new building for the College was formally opened by the Duke and Duchess of York. A School of Art opened later in 1937.

At the beginning of the 1970s, Northamptonshire was one of the few counties in England to lack a teacher-training college. A college in Liverpool lost its home and was transferred to what is now the Park Campus. The College of Education was opened by the Secretary of State for Education and Science, Margaret Thatcher, in 1972. In 1975, this College amalgamated with the Colleges of Technology and Art to become Nene College of Higher Education, taking its name from the River Nene. In 1978, it integrated the Leather sellers College from London.

In 1993, the college incorporated St. Andrew's School of Occupational Therapy and was granted undergraduate degree awarding powers. In 1997, it took in the Sir Gordon Roberts College of Nursing and Midwifery.